How to manage floors and levels in architectural projects with Rhino

Today we would like to introduce you one of the most useful and important features that VisualARQ adds to Rhino workflow when designing and modeling architectural projects: the Level Manager. Thanks to the Level Manager feature, in VisualARQ you can easily work on each level of your building projects. The Level Manager was added in the earliest releases of VisualARQ, however, it has experienced a considerable quality improvement since the last 1.8 version. The procedure is simple. The complexity is only brought by your imagination while you create. The Level Manager works as a control panel to create and modify new buildings and stories. This will greatly simplify your work and you can decide at any time if you want to see one or more levels and their characteristics. Each level puts a construction plane (working plane) at a specific elevation, which allows you to work easily on each level and quickly switch to the level on which you want to work. From the Level Manager, you can also control the Level visibility, as in Rhino layers. Simply turn the bulb lights on or off in the corresponding level. Each level has an invisible clipping plane at its bottom and top limits. If you wish, you can move the boundaries of a level using the “Top offset” and “Bottom offset” values. When a level is turned off, all the geometry located between its limits will be hidden, no matter what type of geometry it is: VisualARQ objects, surfaces and polysurfaces, meshes or 2D objects. This feature is really helpful to get incredible section views of the inside of the project and to work from there.

With VisualARQ Level Manager you can select, hide, block or move levels independently or as a whole

In addition to the top and bottom limits, each level has a cut plane. If you activate it in a Top Viewport, VisualARQ objects will show their 2D representation and Rhino objects will show their section attributes. One of the features that we are most proud of in VisualARQ is its ease of use and intuitive handling. The Level Manager is no exception. If you are reading these lines, we assume you’re a fan of architecture designed with Rhino. If this is not the case (yet), check out the terrific architectural projects we have published so far: their designs will certainly seduce you with their freedom of forms and their apparent simplicity. 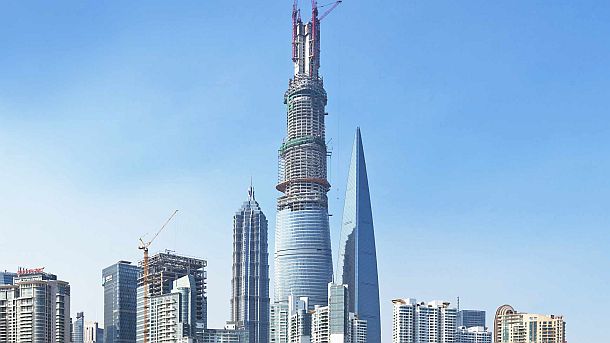 The Shanghai Tower by Gensler has 121 stories. If you ever try to model a skyscraper like this, use VisualARQ for Rhino Level Manager

One of the most important projects of recent times is the Shanghai Tower by studio Gensler. Its construction is near completion and, at present, it is the tallest building in China and the second one in the world. The tower is 632m high and, for its complex design and analysis, Rhino and Grasshopper were used. Since projects of this magnitude often remain beyond the reach of most architects, you may think that we at VisualARQ don’t care about what creating a 121 story building may mean. But we do care.

In the new version 1.8 of VisualARQ you can work with buildings and floors at different levels

Even if you probably don’t get assignments for skyscraper with over 100 stories, with the new version of VisualARQ you can work with buildings and floors at different levels in any of your projects. We have the tool you need for your requirements. So, whether you design a 100-storey skyscraper or a 2-storey house, VisualARQ always accompanies you in your work to make it easier, more enjoyable and more yours!