Building the third dimension at the university

Students searching for a third dimension are neither quantum physics students nor daydreamers. They rather want to find a place that acts as a bridge between the academic dimension, their classrooms and their rooms at home. A place where to meet, chat, relax, connect to the Internet, attend a conference or a university event. A recent proposal by Singapore University of Technology and Design (SUTD) freshmen students has triggered the construction of such a place. The SUTD City Form Lab has fulfilled the students request. We at VisualARQ specially appreciate the collaboration of this organization with the MIT School of Architecture and Planning to study urban life. Their tagline is “Better Design through Research”. With this aim, they are developing software which collects data that will be then analyzed to discover how the physical design of urban infrastructure influences our life and how we perform our economic or leisure activities. At the Dover campus, there used to be an outdoor space, a sloping lawn with three old trees. There is where a gridshell structured pavilion was raised. In this “no man’s land”, near the university and behind the library, a space where to enjoy outdoors or to meet at night was created. In this pavilion, students, teachers and university staff have informal meetings or attend some events. It covers the needs of social and intellectual exchange and has been equipped with work desks, movable shelves and Internet connection. The pavilion also helps to soften the noise coming from a nearby highway and makes the place more enjoyable. The SUTD City Form Lab has created something with an apparently simple appearance, but which shows an intelligent use of design, materials and technology at a very low cost.

The form chosen was a catenary vault without any interior walls or columns. The curved shape is maintained by the compression of the materials and lines of thrust. The catenary dome was computer generated and allows creating big spaces with very little amount of material. In this case, they created a space of 200 m2. The pavilion gridshell is composed of 3,000 plywood sheets which form 1,000 triangles. These are covered in 600 scales of galvanized steel. The simplicity of the materials and the absence of structural elements within the construction makes it very cheap. The cost saving is reinforced by the fact that the elements used were chosen for their ability to be processed without the need for complex machinery. The students themselves pre-assembled the gridshell and a contractor raised the structure on the ground. Only screws and bolts were needed to create the puzzle of plywood pieces. The assembly process was simple, since all the plates were marked with a serial number that remained visible after installation. 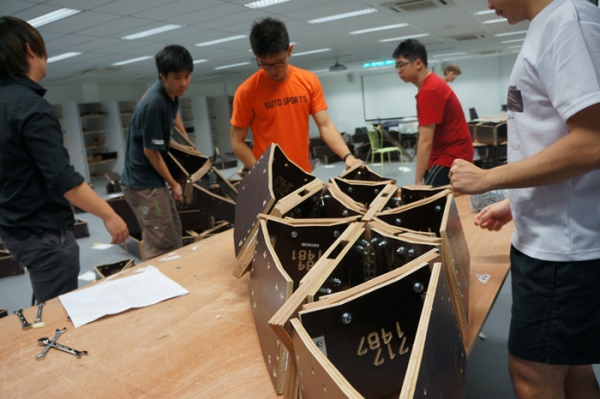 The use of the appropriate software to draw and cut the pieces led to perfect results. To assemble the pieces, the students only needed one drawing containing the numeric map of the 3D puzzle pieces. Rhino was the software used to develop this project; RhinoPython was used for the architecture design and Grasshopper and Oasys GSA for engineering. When the Pavilion was built, the College was expected to move its campus, so the construction was made so that it could be easily disassembled. Creating this space for student life dynamization is not really representative of the work of MIT City Form Research Group. They do much more than building spaces for college students. This high level research group carries out initiatives of great importance in the field of architecture and urbanism. They have created a toolset named Urban Network Analysis (UNA) which is of great interest for rapidly growing environments. These tools allow to analyze and predict changes in the rapid urbanization processes, such as traffic increase or land plots value in the most attractive commercial streets. They also analyze many other values which are very useful when it comes to setting urban patterns and make decisions that will directly influence our way of life. 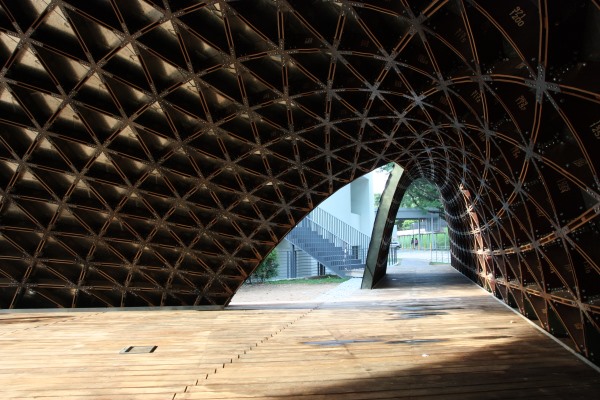